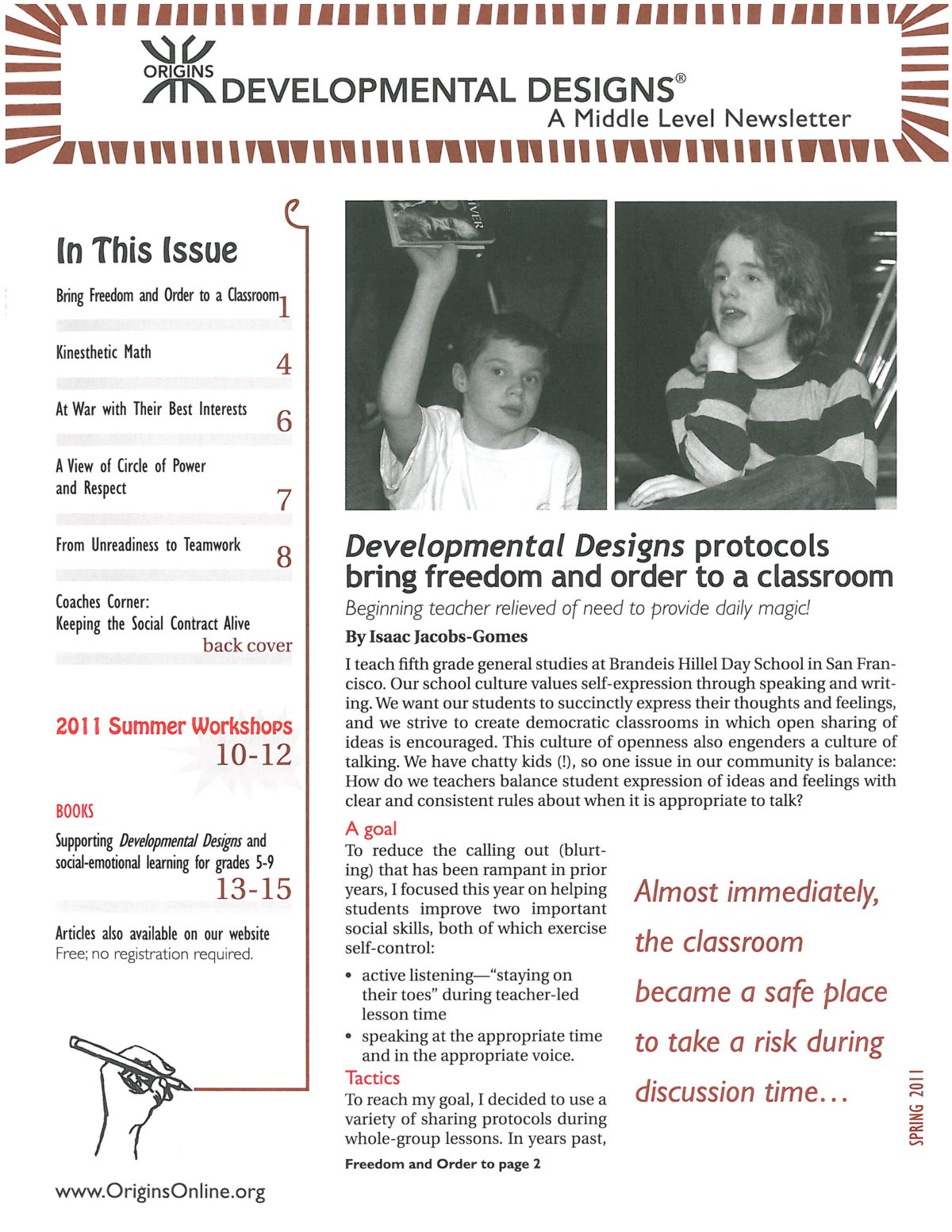 The writer is part of a team that started Project Excel, a brand new
year-long special-education program at Sandwich High School in Sandwich,
Massachusetts. Project Excel is tailored for students who suffer from social
anxiety or other behavioral issues that make it difficult for them to learn with
others. Because of the students’ special needs, Project Excel’s class sizes are
small, but the math strategies explained here are useable in any educational
setting.

I teach math at Project Excel. At the start of the year, we
had no data about each student’s past level of achievement; we had no set math
curriculum. I knew we’d be developing Individualized Learning Plans for each
student and would regularly assess progress, but none of this was in place when
the school year started.

Small but challenging
Our program is
tiny: we started with five students ranging in age from 14 to 17. None had had
much success in a traditional school setting, but a ll hoped to complete their
high school diplomas. Two were motivated to graduate and move on, which tended
to keep their challenging behaviors at bay. The other three had special needs
and were extremely difficult to manage. Labels abounded among them: ODD,
Asperger’s, ADHD, Bipolar Disorder, and MMH topped the list. They began the year
constantly interrupting each other, rolling eyes, and smirking. Most
problematically, each of the three came in with negative self-views. They saw
their futures as bleak, if not hopeless. Consequently, getting them focused on
traditional math was challenging.

In my work with the Developmental
Designs approach, I learned that the most important adolescent needs are
competence, relationship, autonomy, and fun. When problems arise-when the
learning process is disrupted or cannot even get started-we can troubleshoot by
thinking about which of these needs are not being met and coming up with
pro-social ways to positively meet them. I kept this idea in the back of my mind
as the year began, but I wasn’t clear how to use it effectively.

What
do they need?
Two things serendipitously helped me chart a path toward
success during the height of my “fall of frustration.” First, one of our parents
baked us a cake. Our English teacher was eager to turn the cake into a math
lesson on area and perimeter. Part of me thought her idea was corny or cliché.
But as I looked at that cake, something dawned on me: math really is all around
us.

K-Math is born
The next day, failing to get anything going
academically, I prepared to head outside with the students for a few minutes to
kick a soccer ball around and regroup. We hadn’t taken an outdoor break in the
middle of a lesson before, and I noticed the students were really excited to do
this. A new vibe came over everyone. Especially excited were the students who
usually were moving around in class when they needed to be focused and sit
still. Kinesthetic Math, or K-Math, was about to be born! We went outside,
spread out, and began kicking the ball around. As we did, we guessed how far
each pass would have to travel to make it from the kicker to the receiver. Math
was all around us. Our first, improvised K-Math session was done!

When
we returned to class after our soccer break, students sat down and a
near-miracle happened. They appeared ready to focus! They watched me as I wrote
on the white board. They broke out of their old patterns: S didn’t start
doodling, D didn’t grab a worry stone, and even K, our biggest math-hater, was
paying attention and got right to work. After my lesson, they worked quietly for
14 minutes. Fourteen minutes! It was the most beautiful 14 minutes of my young
teaching career.

Fleshing it out
We did K-Math for a short
block of time each period thereafter. We started at about 10:15 every day, when
students needed a break from sitting quietly. I kept the time frame a little
flexible; I didn’t stop the flow at exactly that time if the learning was going
well. We used different areas and objects around our campus-math is all around
us!-and incorporated them into our physical games. K-Math became a routine the
students could rely on as I worked to develop course materials. Here are several
examples of K-Math activities:

These provided abundant possibilities for future lessons. The rope could be
changed to any shape; there’s no end to the “collect sports statistics” idea.
And there’s no reason why some of these lessons couldn’t be repeated. I think
the K-Math approach would work well in larger-sized classes, too. In fact, the
statistical sampling for shots made or ice cream preferences or whatever would
increase the validity of the math, because the sample size would be
larger.

Let’s move!
The students had a voice in deciding what
the physical component of each K-Math activity would be. At first, I tried to
persuade them to do math projects that were less kinesthetic and more sedentary,
like creating a board game from our statistics, or creating surveys and using
the answers to these to create a Family Feud game. Every time I tried to lead
them in these directions, they balked, opting instead for more athletic
pursuits. They did, however, welcome my suggestions for ways of working math
into the physical activities they wanted to do.

It’s what they
need
The key to K-Math’s success: it keeps students engaged in learning
because it meets students’ needs for fun, competence, relationship, and
autonomy, and the information learned is relevant.
The need for fun is
powerful. We talked about how each K-Math activity should meet the “fun
standard.” We quantified the success of each K-Math lesson by keeping track of
student-generated “fun” ratings after each activity. After measuring some
Frisbee golf shots, for example, we came up with an average “fun” rating between
1-5, and logged that score into our “K-Math activity fun quotient” sheet. The
more fun a K-Math activity, the more engaged the students were. And as the fun
kept happening, I could see relationships improve. The need for relationship was
being positively met during K-Math, and this was spilling over into the regular
math time.

Once I let students have input into the decision-making, I
realized I hadn’t been meeting their need for autonomy. Looking back, I wondered
at the start of the year whether this group really wanted and needed autonomy,
considering how they were so used to sitting back and passively letting their
teachers do all the work while they resisted. The autonomy they embraced during
K-Math showed that they certainly do. I now see that meeting needs is essential
to all students’ learning, regardless of how challenging each student’s
situation may be.

Academic and social growth
Was K-Math
helping? One day in mid-November, I assigned six problems for homework from a
page of 20 problems. The student with Asperger’s syndrome handed the assignment
in the next day with all 20 problems completed! He pointedly looked away from me
and said in his strained cadence through clenched teeth that he was anxious and
wanted to get through math and pass the MCAS test. I looked at him and told him
I would do my best to help him. Later, during wrap-up time, we did our tradition
of giving acknowledgments. We delivered each acknowledgment verbally and with a
small piece of chocolate. This student handed me a piece of chocolate, flashed
me a grin, and said I was a good math teacher. It was clear that day that both
his motivation and our relationship had improved.

Wicked
fun
Since we started K-Math, other math is being done by all my students
with a much more positive attitude and better effort. I also noted that although
I have pretty regular attendance and homework compliance, there was a slight
bump up in both after students had had an especially good time in math. I
believe that through daily kinesthetic explorations I was also better able to
build relationships with the students while at the same time modeling how much I
love math. Math is fun for all now. K-Math is wicked fun.

Susanne Holland is a math and science teacher in the Project Excel program of the Sandwich Public School System in Sandwich, Massachusetts.